CarryMinati with his Diamond Play Button

Ajey Nagar aka CarryMinati is one of the most popular YouTubers in India. He started vlogging at the age of 10. His videos consist of comedy, gaming, parodies, and roast videos. He is known for his comedy skits and reactions to other trendy topics. He has garnered over 34 million subscribers on YouTube, 14.7 million followers on Instagram, 2.2 million followers on Facebook, and 2.8 million on Twitter. In 2020, Ajey was listed on Forbes 30 Under 30 in Asia and Time’s 10 Next Generation Leaders in 2019. Hailing from Ulhasnagar, Ashish Chanchlani is a YouTuber, actor, and influencer, who reached from 0 to 27.5 million subscribers in a very short period of time. He makes comedy videos with his friends. Many Bollywood actors, including Akshay Kumar, Shahid Kapoor, and Kartik Aryan, have collaborated with him to promote their movies. He is famous not only on YouTube but also on other social media platforms such as Instagram (13.1 million followers), Facebook (4.7 million followers), and Twitter (2.8 million followers). When it comes to comedy, Bhuvan Bam is considered the initial comedy content creator on YouTube in India. Now, he is one of those YouTubers who generate the most revenue from it. His comedy series “Dhindora” on YouTube is one of his most popular series. He is also a singer and songwriter and has released many music videos. He has millions of followers on Instagram (14.1 million), Facebook (7.2 million), and Twitter (3.8 million). Amit Bhadana is a YouTuber who mostly creates comedy content. After doing LLB, he drifted apart from his studies and started making humorous content. He started his YouTube channel in 2012. He is also known for being the brand ambassador of Mobile Premier League, an online gaming platform. Earlier, in memory of his beloved father, he released a song titled “Father Saab.” He is one of the richest YouTubers in India. He has 23.9 million subscribers on YouTube, 7.4 million followers on Instagram, 9.2 million followers on Facebook, and 774k followers on Twitter. Sandeep Maheshwari is a motivational speaker with millions of followers online and offline. “ImagesBazaar” is the company founded by him in 2006. His video sessions and posts have been proved life-changing to many people. With over 22 million subscribers, 3 million followers on Instagram, 16 million followers on Facebook, and 235k followers on Twitter, he is one of the most followed social media personalities in India. 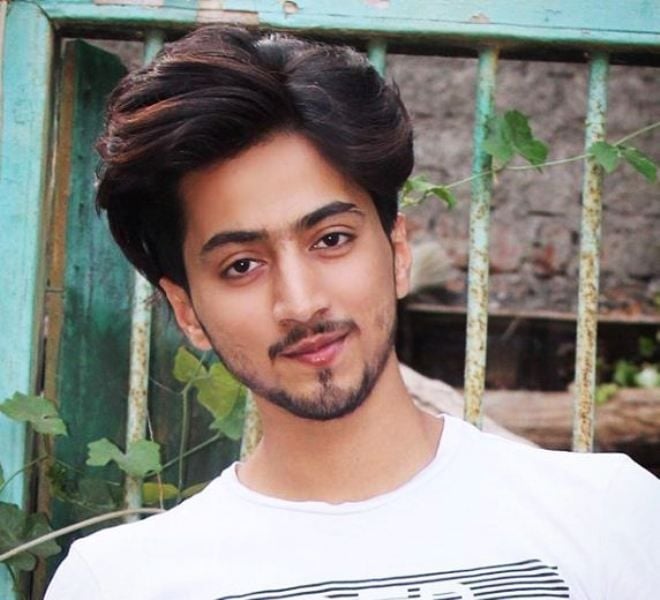 TikTok has turned many youngsters into superstars overnight, and Faisal Shaikh is one of those stars. Besides being a TikTok star, he is a fashion influencer, actor, and model. He has been featured in various music videos with many popular celebrities including Badshah, Saif Ali Khan, Jannat Zubair, AvneetKaur, etc. On social media, he goes by the name “MrFaisu.” Having 26.4 million fans over Instagram, Faisal Shaikh is considered the biggest male Instagram influencer in India, besides he has over 1.4 million subscribers on YouTube and 1.1 million followers on Facebook.

Ajay, a pro gamer, whose followers call him “AjjuBhai,” is considered the biggest social media influencer in the world of gaming in India. Besides gaming, Ajay is a freelance software engineer and a growth hacker. In 2018, he created his first two YouTube channels, where he went on to have over 31.4 million subscribers. On YouTube, he uploads content related to gaming, where he plays games like PUBG, Free Fire, Call of Duty, GTA5, etc. Through him, people learned that gaming can also be used as a niche for earning money online. With 3.3 million followers on Instagram, 4.7 million on Facebook, and 128k on Twitter, AjjuBhai stands is, in fact, the most popular gamer in India. Riyaz Aly rose to fame when he started uploading his lip-sync videos on TikTok. He gained more attention when he began to collaborate with fellow TikTokers such as Faisal Shaikh, Avneet Kaur, and Jannat Zubair. After TikTok was banned in India in 2020, Riyaz became more active on Instagram, and through Instagram reels, he became more popular and garnered a heavy female fanbase. He has over 25.5 million Instagram followers, 359k subscribers on YouTube, and 200k followers on Facebook. “Technical Guruji” is a funky and catchy name for a social media account known by every tech geek. This guruji is not like any ordinary guru in India. The guy behind this creativity is Gaurav Chaudhary; his content is mostly related to technology and electronics. He gives reviews about newly released electronic gadgets and their features. He is a YouTuber as well as a nano-science researcher. His channel is considered the biggest tech channel in India with 22 million subscribers on Youtube and 2.3 million Instagram followers, and he has been listed on Forbes India’s 30 Under 30. Awez Darbar is a choreographer and social media influencer from dream city Mumbai, who is one of the most influential TikTokers with millions of followers. Many A-class celebrities have tapped feet with him in his TikTok videos including Priyanka Chopra, Sara Ali Khan, Kartik Aryan, Badshah, and Nora Fatehi. He has also featured in music videos of songs “Half Boyfriend” and “Tum Na Ho.” He has 7.33 million subscribers on YouTube and 16.3k followers on Instagram

Young Soch is One Of the leading Website where we Post Some amazing Success Story of Young Brains,Young Brain or Young Soch is Not About Age But It Is All About of Creative Ideas